My name is Vijay. I went to school in Guntur.While I was in 10th class, I had a classmate by name Nirupama. She was cute and petite. She was about 5’2″ tall and there were at least a hundred people in our school who wanted to propose to her. I was one of them. One day I gathered some guts and proposed to her. She did not say anything. But kept talking to me. We had this soft relationship for a long time.

Then I came to Vijayawada to do my Intermediate and then to Visakhapatnam for my B.Tech. Nirupama was always in my dreams. Later I connected with her through facebook and we exchanged many messages. We belong to the same caste (one of the prominent castes in that area). I told her that I will speak to her dad about our marriage. She said OK but asked me to wait until we both settle down.

We kept chatting on facebook. After 2 years to my dismay, she was engaged with Kishore, a distant relative who is a rich guy, son of a business man in Guntur. Nirupama comes from a decent family but is not stinking rich. But she had that glamour and that was the reason that this guy probably fell for.

I texted Nirupama and she told me it is their parents decision and she can not do much but asked me to remain a good friend without disturbing the relations. I was upset but had no choice. Then after marriage, I started meeting their family and made friends with Kishore also. Kishore wanted me to work for him in his company and I said I am happy with where I am. Slowly, I started connecting with Nirupama and we continued our text messages. One day Kishore found it and he called me to his office and slapped me and held me by my hair and gave me a warning. He made me fall on his feet and forced me to say sorry. I said I did not do any mistake. He slapped me again and spit on my face. I was upset. Went home and cried all night.

Next day, Kishore called me again to his office and told me that it is normal to like a girl but Nirupama is my wife, so stay away and behave like a good boy. I was happy that Kishore calmed down. Kishore then hugged me and kissed me on the cheek. I was shocked. He said, it is ok.He rubbed my back and told me that we can still remain friends.

That day was a sleepless day for me. I started to think and enjoy a man’s kiss for the first time. I wanted that to happen again. I sent a message to Kishore saying I want to be your friend, please. Kishore did not respond. I was a little disappointed. But the next morning, I got a smiley from his whatsapp and asked me to come and meet him. I immediately rushed. I wore a nice T-shirt and jeans. I went to his cabin. It was around 11 AM. He called his PA and told him not to allow any one. She said ok. Kishore bolted the door. He came to me and smiled at me. I was blushing. He pulled me towards him and started smooching. His kiss was so good that I enjoyed his toungue inside my mouth. I was licking it. Kishore forced me to bend on my knees and opened his zip and took his dick out. I don’t know what happened… I wasn’t sure what to do.. I was just looking at it. It was big. His dick was much bigger than mine. It was hanging out, half erect. Kishore looked at me and slapped me a little. I liked that slap. Felt that I am his servant and it naturally came to me that I should take his cock. I took his cock in my mouth. Great feeling, Kept sucking and sucking and he took his pants fully out. I then started licking his balls. I kept pressing his feet while I am sucking his cock. He came in my mouth. And unconsciously, I felt so good. Kishore was so awesome.

And we kept doing it for a few times. Once me, Kishore and Nirupama went for a movie in Vijayawada. Kishore was watching the movie kept one arm around my shoulder and another around Niru. I felt odd as I thought Niru would think otherwise.

Though I am sucking Kishore’s cock every week, I was in regular touch with Niru. One day, I asked Niru how often would they have it. Niru said it is private and she avoided the answer. I told her that if I were you, I would enjoy Kishore every day. She was a little surprised and asked me if I were gay. I told no but then I told that Kishore looks very manly and good. She then started to tease me everyday on this. One day, I asked Niru if it is OK if we all 3 do it. She said no way. She said her husband would throw her out of the house and he is a very powerful person in the society. I asked her is it OK if I convince him. Niru was very afraid, she told me if I do that, Kishore would suspect that something is going on between us. I asked Niru, if Kishore asks, would you do it. She said she will think. So I told her to come to Kishore’s office the next day. She asked me why?? I told her just like that. She insisted why?? I then opened up

Told Niru that I and Kishore kiss very often and he likes me. Niru was shocked but was very excited to know what was happening.She then agreed to my plan of coming to Kishore’s office the next day.

(MORE IN THE NEXT EPISODE)

No votes so far! Be the first to rate this post. 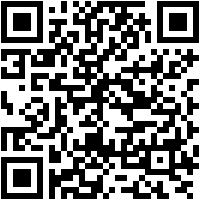